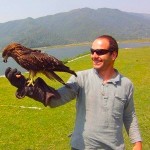 Robert flies since 2004 is a flight fanatic, an exceptional pilot tandem paragliding instructor and a very rigorous. HeÂ flew around 1,000 passengers both in Romania and in Italy, Austria, Turkey, Nepal and New Zealand, offering passengers aÂ pleasant flight as comfortable and safely.

Is an energetic guy who lives to fly the glider, a full-fledged professional,Â from whom you have always something to learn. In a few words, you will not find a better pilot and a nice guy! 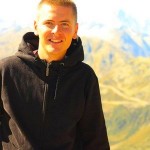 Adi is a quiet type who loves rough sports. He started paragliding in 2005 during college. Did not stop there but quicklyÂ quickly learned to do paragliding acrobatics, then parachute jumps where later and fulfilled childhood dream, to fly withÂ a wing designed by him.

Aeronautical engineers took advantage of practical flightÂ knowledgeÂ combined with theoreticalÂ and produced in 2011 the first wing of speed in Romania, a wing “speedfly” of 13.7 m2 with a speed of up to 80 km / h.

It isÂ also a very skilled pilot tandem and very cheerful. He flew both in Romania and in other countries like Nepal, Turkey,Â Italy, Austria and Germany and in the summer working on skydiving clubs in Europe. You will not regret if you simply know,Â calm, joy and skill in the air you will amaze both. 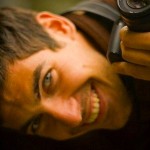 Iulian is a very skilled pilot competition and an excellent tandem pilot. It’s the kind of person who take advantage ofÂ every opportunity to reach as high flight and then fly as far. He flew to Italy (Dolomites), France (Mont Blanc)Â Switzerland, Germany …

Paragliding has become a big part of his life and likes to share this experience with as manyÂ people. It’s very friendly, has many skills in many areas and is professional in paragliding. In everyday life loves toÂ walk through the country with the engine, hiking and walking on the mountain bike. You will know when you find a guyÂ relaxed, funny, beautiful and kind. 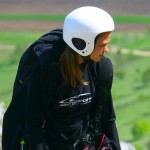 Loves flying and gets very excited when the good whether comes to be on the hill. Yelling when is in thermal kicking and talk to her wing as a good pal. Monalisa likes to ride a bike, play tennis, do hiking, laugh alot and to 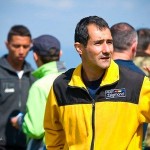